I am writing this from the hotel restaurant of the Day’s Inn Forbidden City. The arrival and checkin late last night was effortless except for the lack of food late in the night, but luckily i had a stash of Gummi Lifesavers. This morning I woke early and was off to the Forbidden City & T Square (because i am too lazy to look it up on how to spell it). The walk from the hotel was uneventful and the location was convenient. I cut through the gardens to get to the main entrance to the Forbidden City. I was shocked by the lack of western tourists. There were literally none out and about, just me and the early rising Chinese visitors.

A Few Snaps of the Gardens 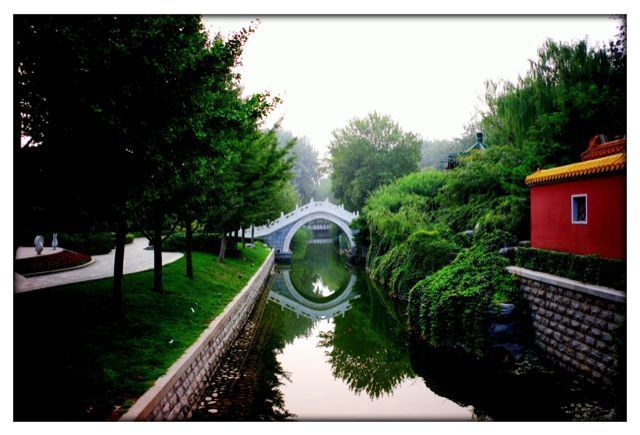 The weather this morning was pleasant enough but the haze was pretty bad. It was tough to get a good feel for the grandness of T Square. It looked rather like a big parking lot in a fine fog, but entering the outer gates of the Forbidden City was still awe inspiring. With the massive picture of Mao it takes you back to yesteryear and thoughts of red armies (more on that later). Once inside the first gates you walk and walk to the secondary gates, and at this time in the morning there were very few street vendors out. The thing that struck me most of this experience, was the number of Chinese families out and about and queueing up excitedly to enter the gates. The tickets didn’t go on sale until 8:30 and it was only 7:00 when i arrived and yet there were hundreds of people already there waiting. From the Pyramids to Angor Wat i have never seen such a density of nationals waiting to see there own monuments.

Race is always an interesting point while traveling. Throughout the years i have been hassled by old women, children have run up to touch “the chocolate man”, women have wanted to (censored), I have been asked where my “tail” was to a very pleasant recent occurrence of being told i look like Barack Obama. But this morning I experienced a level of interest and engagement, I just was not used to. As a street photographer I throw my camera lens upon subjects at my whim, snapping away and capturing a slice of life, well today the tides were turned. I subtly became aware of the lenses on me; a unison of motion as I passed by and the cameras followed. I’d turn and there would be a camera pointed right at me, no way around it. I just accepted it because it’s only fair and good karma. But then the natives started getting bold. They sent out fellow family members to stand closer and closer to me, and then eventually right beside me. My southern nature provoked a southern smile, but that was exactly the wrong response. A line formed almost immediately and the circle closed around me as the crowd came closer in, women with kids, old couples, young teens, all put a hand on my back or shoulder while their friend, spouse, aunt, or uncle snapped away. It was literally a bit scary, liked I’d be overrun with cameras and little babies. After about 30 pictures (I am not exaggerating), I did what I always do on a bad date, I faked a phone call, and started to walk away. Chatting loudly in Spanish (not English because then you get the “hey my friend…” and an offer to buy post cards). The crowd broke formation but hovered as if waiting for me to get off the phone. I walked briskly to another area seemingly enthralled in my convo. Jesus, how was I supposed to get MY pictures at this rate!! Ha, the irony. My tactics worked briefly but soon enough someone would catch my smile and then they would come in. It was like the entire crowd was acting as one organism, relaying that I wouldn’t say no. This cycle of picture taking, and really really close contact went on for 3 more cycles, me always exiting with a phone call and walking away, but by the end i was had, I couldn’t get away from the camera lenses. I just started to have fun with it. Folks would try to sneak shots and i would just smile as i saw them and throw the peace sign up. The best was a woman sliding along a guardrail as i faced the other direction to try and get in close while her husband was framing the shot. I could see it unfold in the reflection of a window across from us. Just as she got close, with my back to the camera, i put up the peace sign, much to the amusement of her husband who went absolutely nuts with the rapid fire on the camera.

Here are some guys inspecting their shots of ME.

Once i was resolved that i simply wasn’t going to get any good candids, i went to the ticket line to wait. If the Brits know how to keep a proper queue, the Chinese… well lets say it was basically get to the window anyway you know how. As i was working my way forward, amid flash bulbs, the hardest working woman in China caught my ear. This woman was hustling, yelling away convincingly in Chinese, selling maps. It was as if she was willing, by her sheer determination to be heard, customers to buy her map. She would catch the glimpse out the side of an eye, and close them. What’s remarkable is that the map is a commodity. It’s everywhere and the same across vendors. By the time you get to the ticket line you have been accosted 10+ times for a map. But this woman was cleaning up based on sheer will.

The Hardest working woman in China

Once inside the gates of the Forbidden City, there was enough distraction to keep the crowds off me, but folks still came up for photos and I obliged, except when they tried to move me to reframe their shot, then I pretended to not understand, or just smiled and walked off. But on my way in I made a friend. It’s a shame but guide books teach you to be so cautious of anyone who approaches. I feel like an asshole, but i cant remember his name. It was just too hard without seeing it written. I was wary that he was just looking for a photo opp. But he instead just seemed like he wanted to chat and practice English and have someone to talk to. We set out to explore the Forbidden City. I have to say that the shear scale of the place is impressive. The level of structure and organization is mind boggling when you think about period in which it was constructed. But i have to say, and please no spam, after about 30 minutes of it, i felt like I had the idea. I guess that’s why i love a lively night market vs. a museum. but i am definitely glad i went. From a photographic perspectives, it’s a dream and nightmare. The scale of the site rewards wide lenses and high vantage points, but with thousands of tourist traipsing around it’s tough to get anything you love. So i instead I focused on getting to know my new companion and a few odd and end shots that will remind me of my time there.

The requisite shots… (note the haze, i am not sure that’s humidity or pollution) 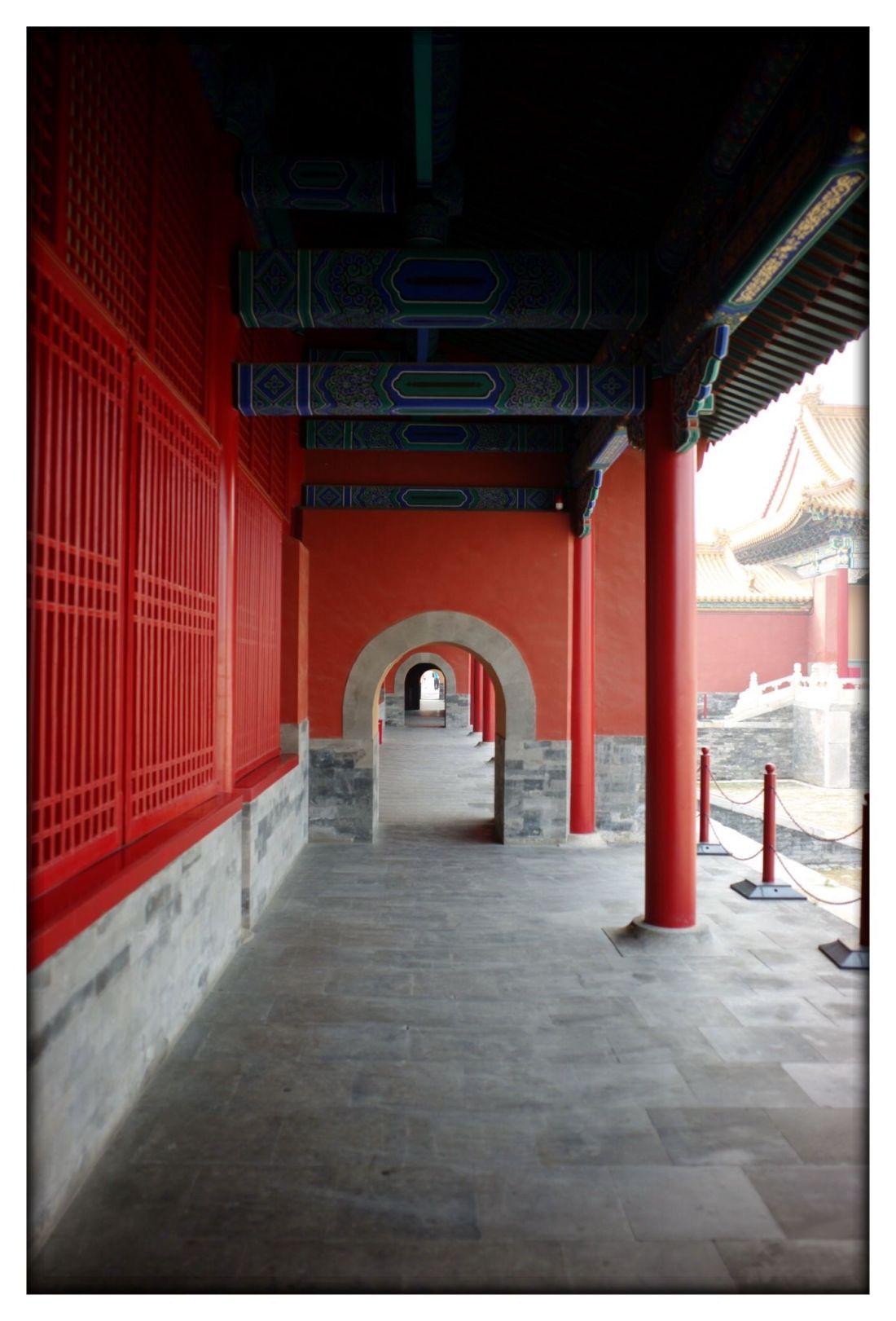 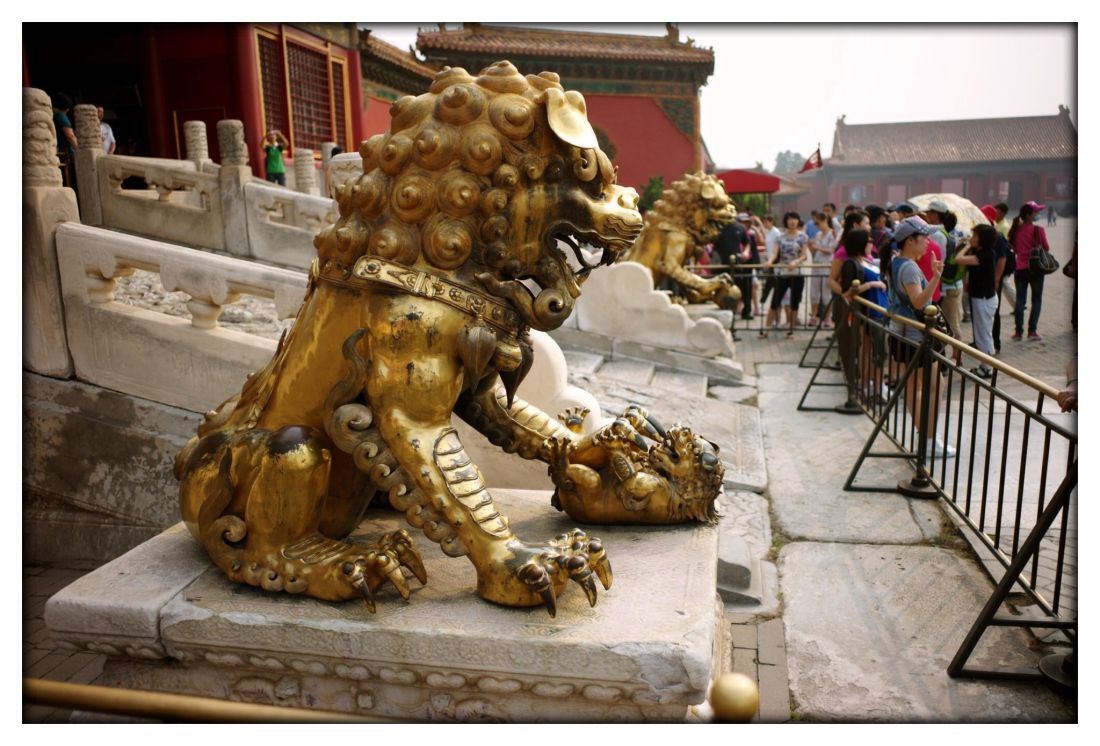 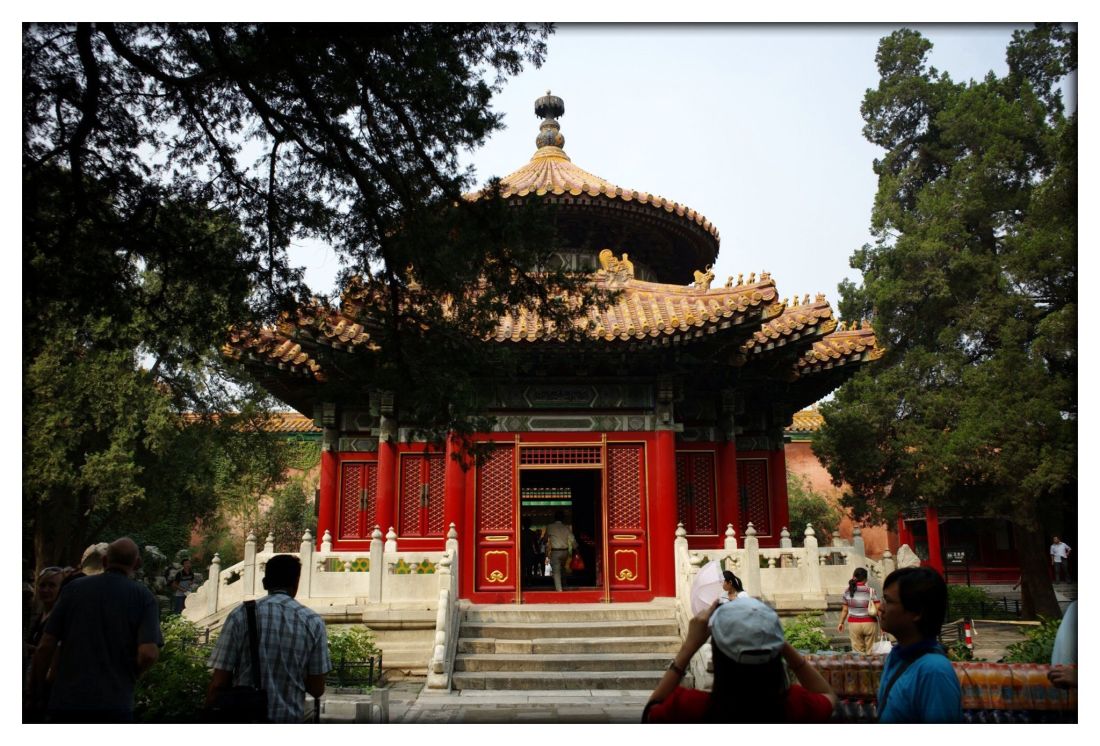 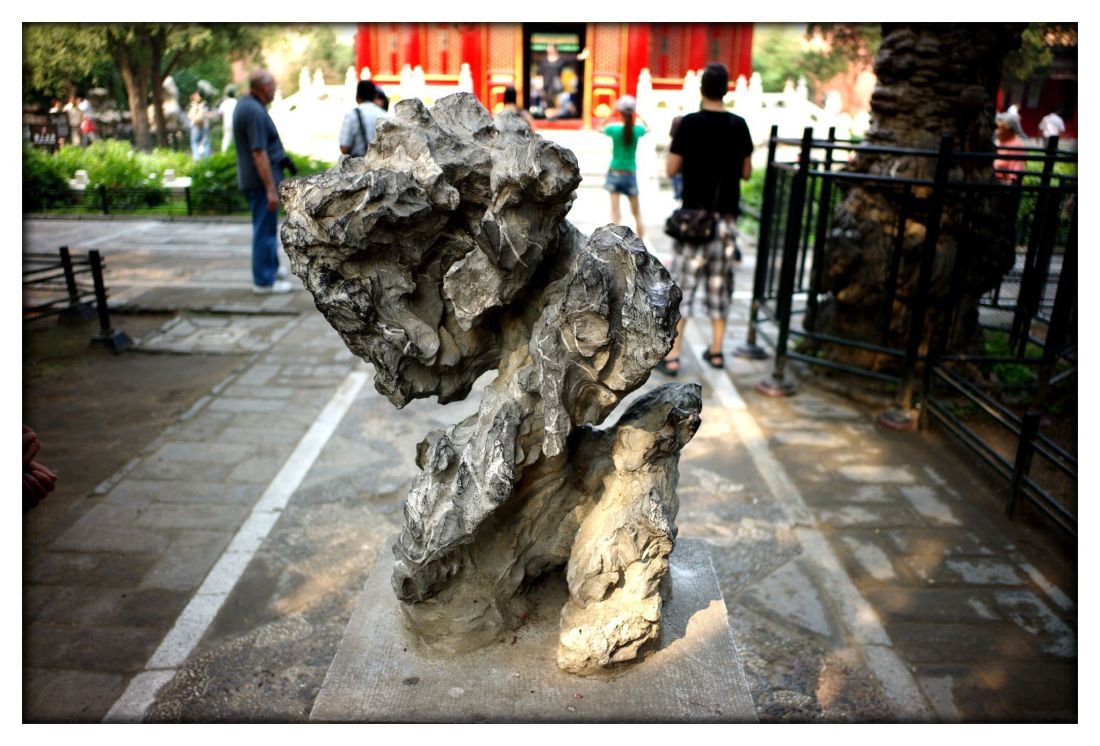 After a few hours in the forbidden city, i was tired and hungry (did I mention I only ate gummy lifesavers the night before), so I headed toward the exit, My new bud (we will call him Steve) was a bit sadd at the end. I was waiting for the hard sell to go to an art gallery to look at his art or buy some postcards, but it didn’t come. Man i am a rotten bastard, but i blame lonely planet. At goodbye time, I took his cell phone to call him later tonight to connect. He leaves for home tomorrow midday. Maybe a trip to a night market is needed…