Today has been a great! Got up early and headed to get some breakfast. I decided that moving forward it’s much better for me to eat and then head out. It keeps me from being so drained and needing a nap post the morning adventure. For breakfast i wanted to go back to the dumpling place but on the way, i spotted McD. Shit, I didn’t see that before, I couldn’t resist. I hit it up. Egg mcmuffin meal and orange juice, and OMG it hit the spot.

Oops i did it again 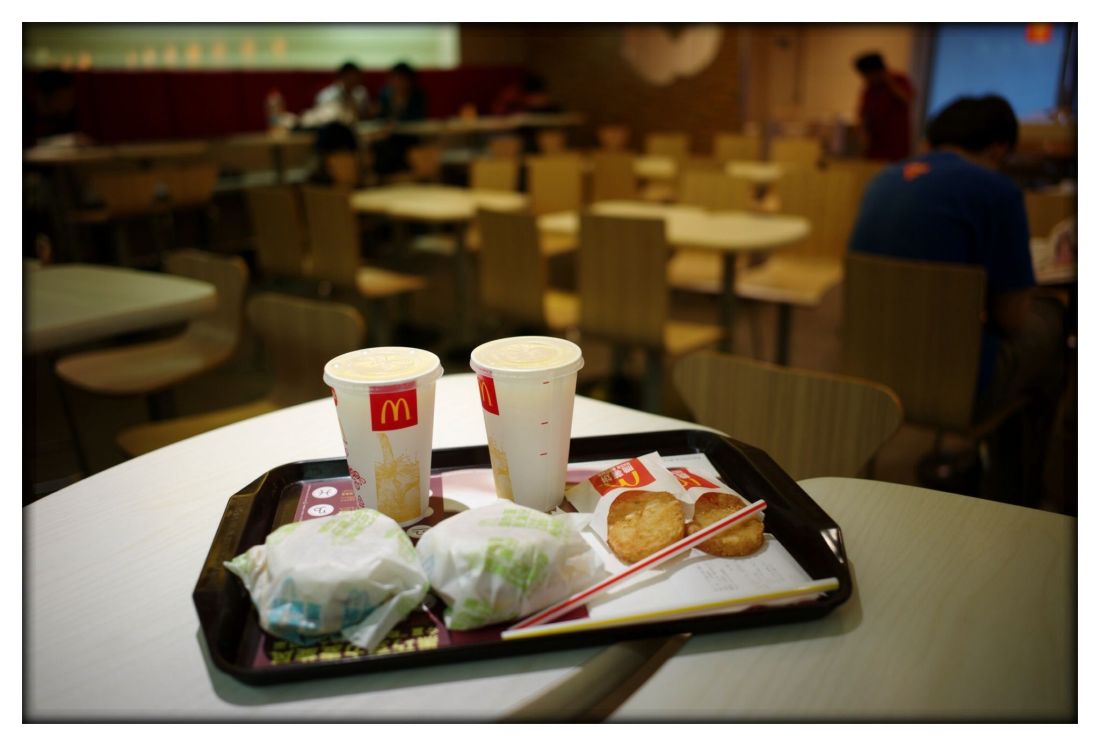 One thing i noticed at McD, is that there were a ton of people sleeping there. It’s 24 hours, so maybe they are catching a nap in transit to or from work?

Post McD, it was off to the Summer Palace, you can check my post about getting hustled in the cab to get there. Oh well, i have to stop dwelling on it. The summer palace was the reco of my best bud, so I had high expectations. I was getting a slightly later start than i was used to arriving around 9am and it was packed already. Chinese tourists were everywhere. The Summer Palace was cool, but massive. I sent a total of 6 hours and didn’t see the whole thing. Overall the place was nice, but I think i prefer the temple of the heaven park. It was more manageable and in some ways more striking, and i liked the lack of tourists when i was there. Just made it easy to move around. 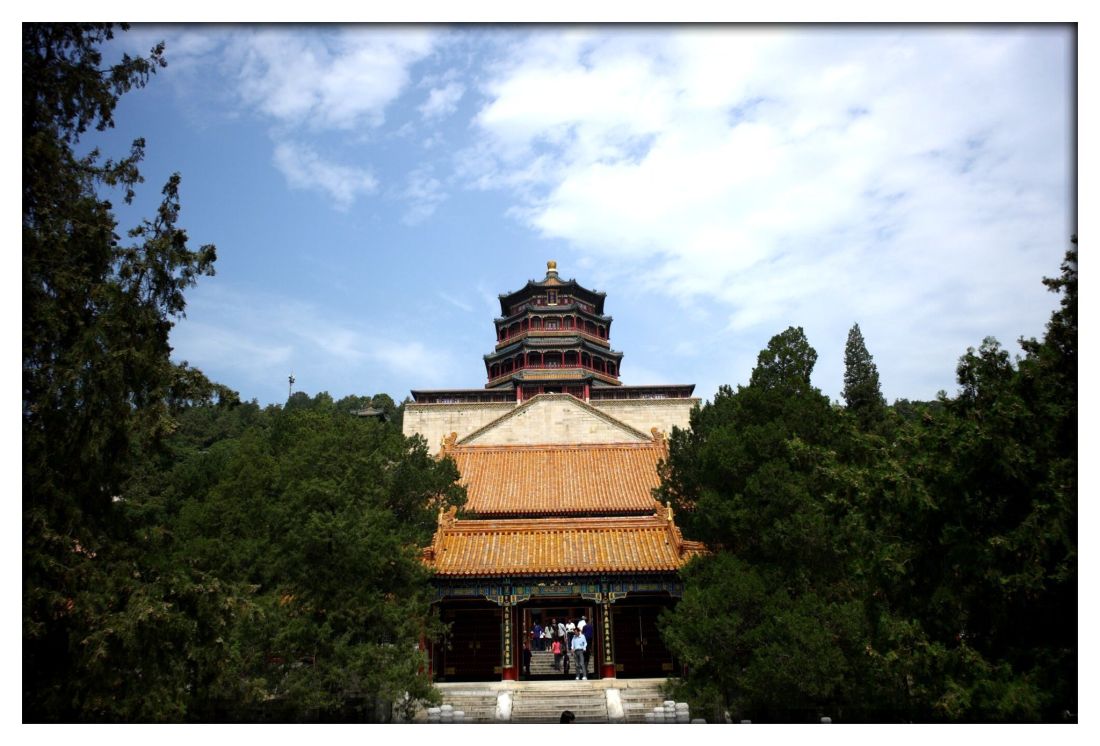 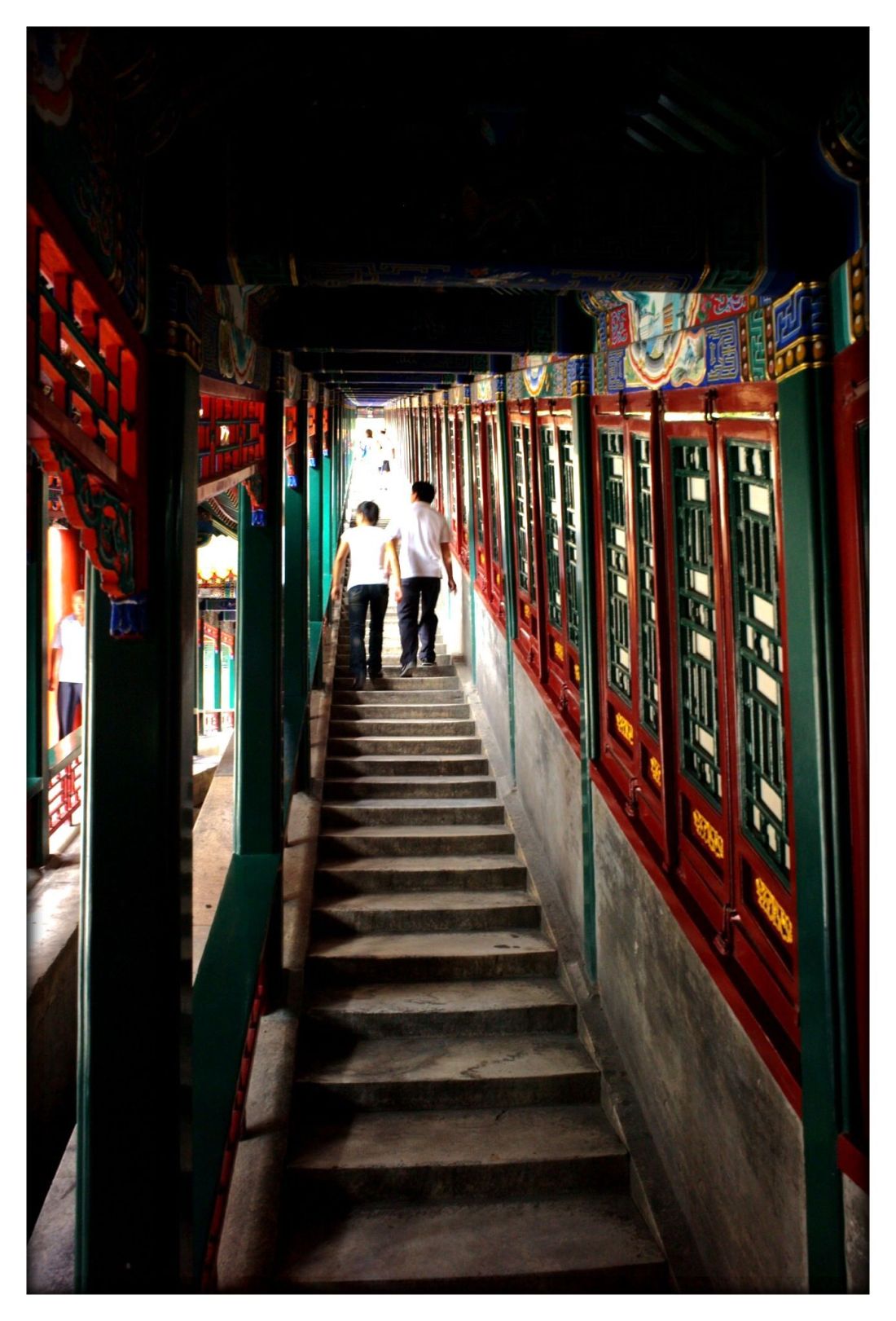 While exploring the palace i did see a few weird crazy animal things, that reminded me of friends. The first guy was hungry for money. 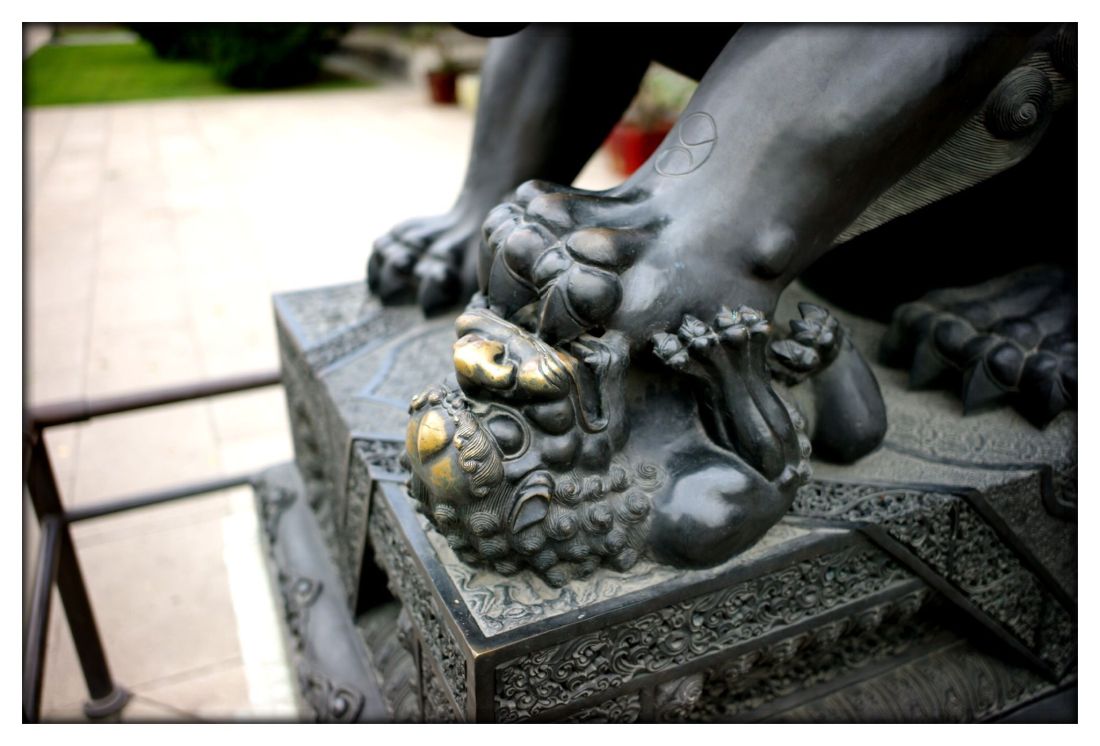 While i wasn’t jazzed about the photo opps overall, i did have some good thinking time, and also some fun with people. Since there were so many tourists, it was back to taking pics with people. Again, people get so confused when i want their picture too, and i can see that one in particular was uncomfortable. I don’t know why they don’t get it. I got tired after the first two so I stopped taking their photos. But I actually like my multiple generational family below. They were cool.

I also met a kite flyer and his wife. Off the big “arches” bridge a bunch of folks gather in the AM to fly their kites. I saw a man and his smiling wife flying a kite high. I just about walked into his kite line! It was flying above the chinese tourists’ heads but not mine. He was winding down his flight and I just hung with them for a while and took a few photos.

I had a little fun exchange with a toddler today as well. She was selling hats with her dad, and she came right up to me with a hat and was trying to get me to take it. And when i would take it out of her hand she would refuse to take it back! It was hilarious. When i would walk it back over to her dad, she would grab another DIFFERENT hat and bring it to me. We did this exchange about 4 times and she honestly looked pissed when i didn’t keep the hat. It was awesome. I almost bought one just for the memory. I took a snapshot instead.

The rest of the time i just meandered. Snapped a few interesting people, and decided to shift my photography to capture more people and situations.

The best apple, don’t mess with it

I actually have a stealth shot of her, but I liked this one more. 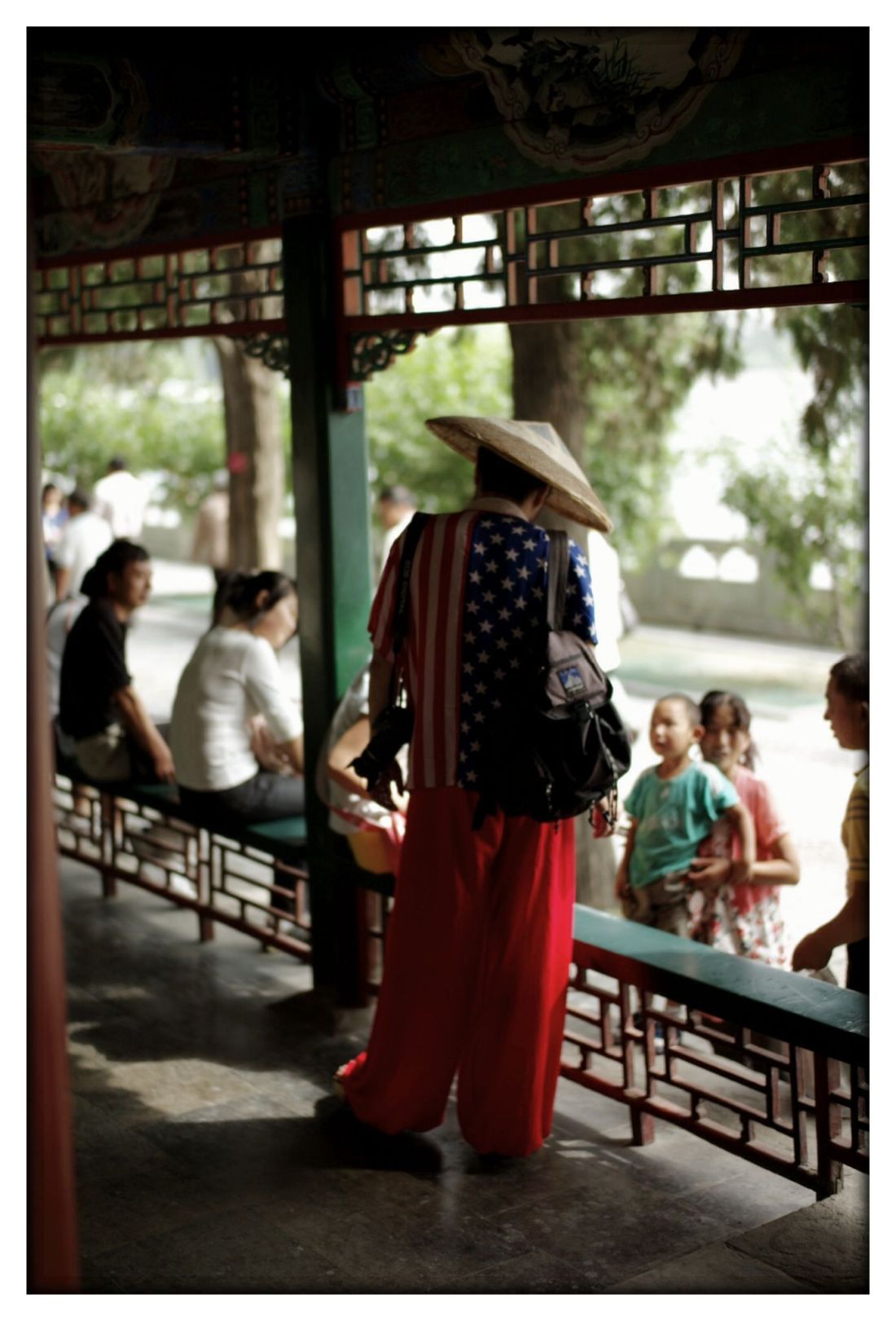 Ok i have to say something about the dude above. It’s a terrible picture and i was tired and didn’t want to fight to get a better one, but he was basically in am american flag outfit made of silk, and like 6’6″ tall; just walking around with a very nice canon dslr set up. It was clear he wasn’t an amateur, but i couldn’t figure out his gig. He wasn’t really asking for anything.

I then spotted the couple below. They were old school, she was always a few steps behind. When they would stop she would catch up they would chat, but when they walked, she stayed behind. 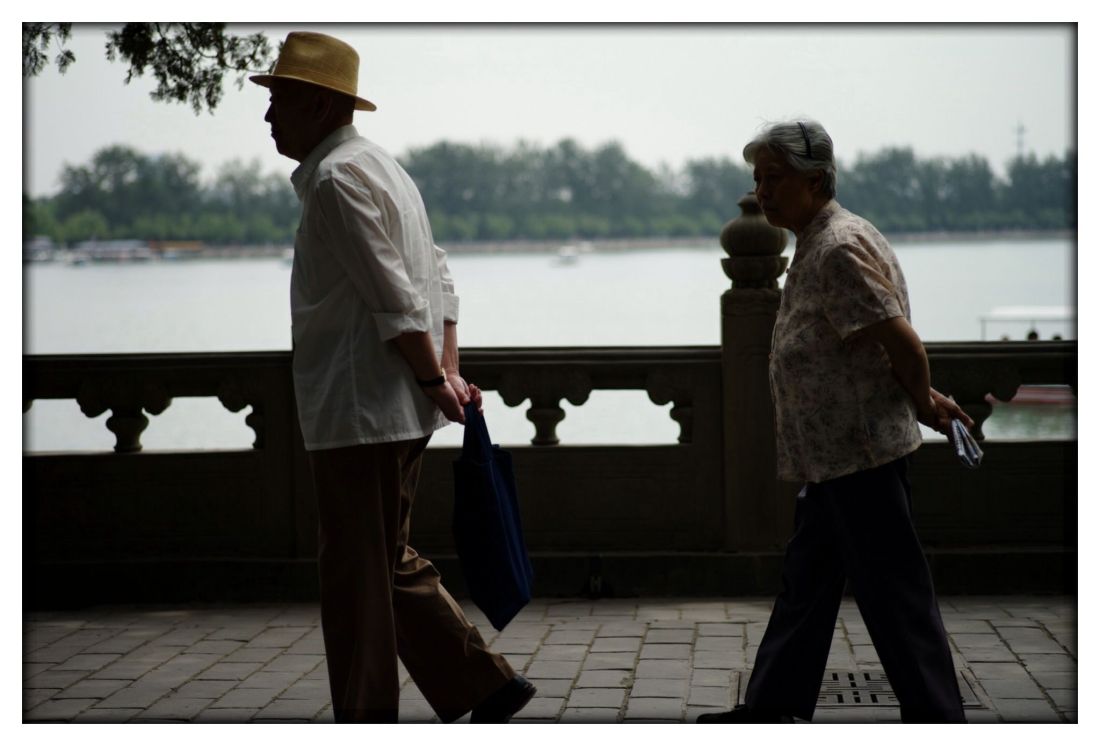 And then there was the feather flower hat lady 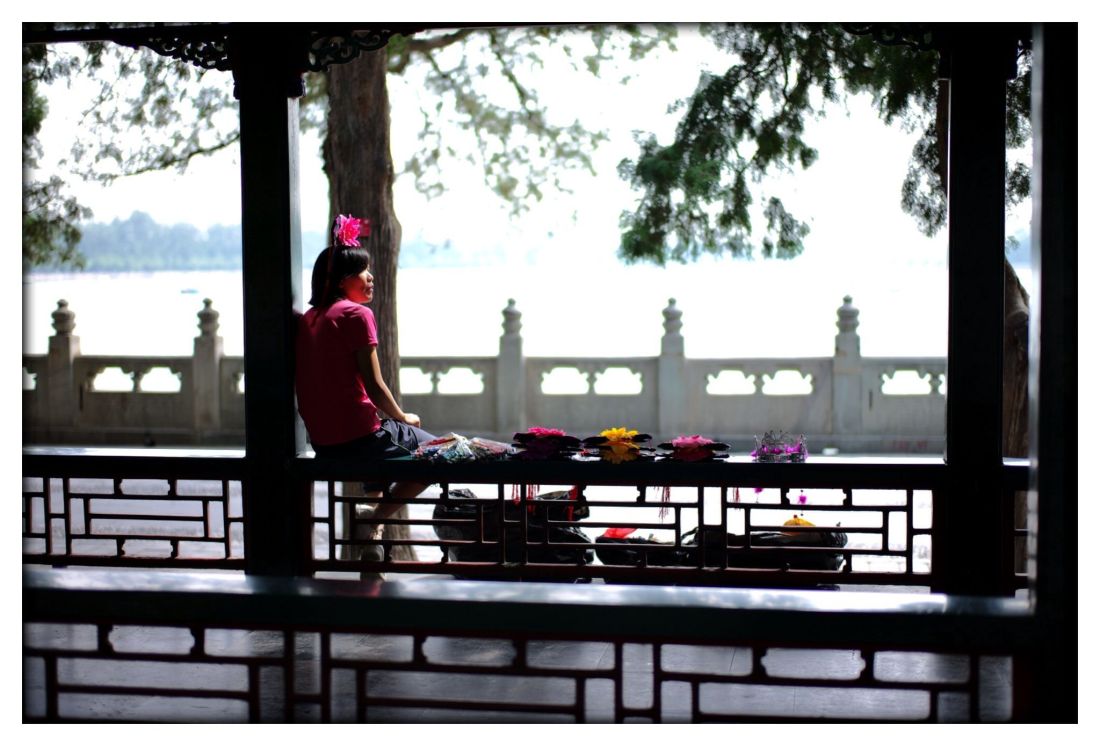 The crappy thing about the summer palace is that on the way back there are no cabs willing to do the meter so you have to negotiate. I did 80 on the way back and apparently other internet sources say that’s ok. Hmmm… I’m over it.