Hello from sunny California!!  We are officially two weeks into being homeless and living on the road. We headed out to Burl’s to do some final work on the van with him. He wanted to inspect our suspension set-up now that we are fully loaded, and also we needed to finish some of the skid plate system and a custom mount for our Rigid Industries LED light bar.

I know we seem to have a crush on Burl, but the man really does amazing work. We need to come up with a way to mount our lights above our windshield. This is one of the recurring challenges in building Bo; nothing is designed for vanagons. We are always the oddball out, and have to come up with a bespoke solution. There are brackets on the shelf to mount the light bar to a Ford, Toyota, or Chevy pick-up, but none for our beloved 26 year old vanagon. J Enter the dragon; aka Burl Beveridge. Burl and his team were able to design and create a mount that leveraged our off the shelf roof rack hardware that we had. The results are awesome, and 100% hand built in a couple days.

Here are some beauty shots. 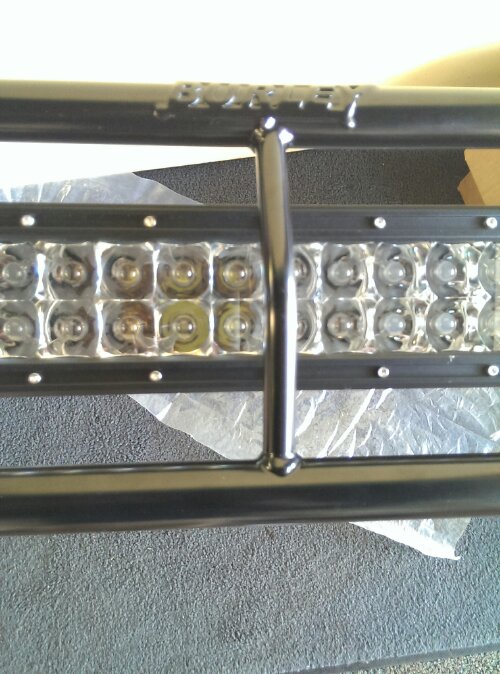 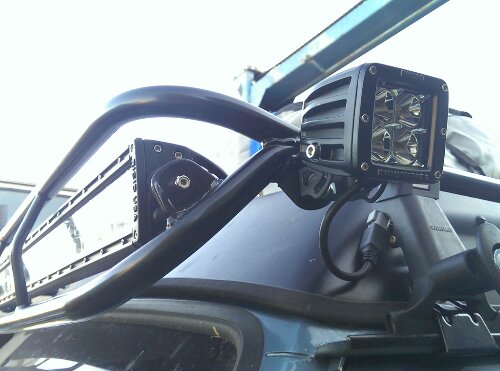 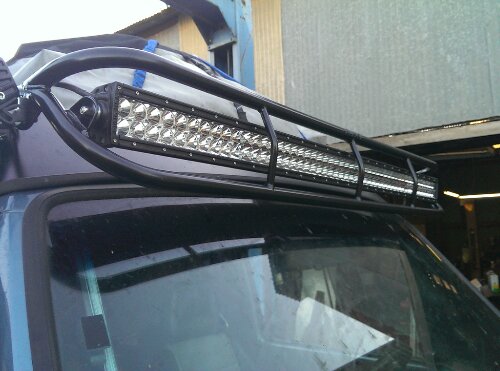 We still have to get the lights all wired up and then we are ready to go, but we are liking how Bo’s face is shaping up, and more than anything it’s all functional for our time either on the Baja beach track, or some dark jungle in central Africa. We are going to reach out to the guys at Rigid Industries after we get a good use of the full light set-up as a potential partner in the project. Their product is well built.

While the light bar was being built, we focused our efforts on all of the small, annoying, but important jobs on the van. We calibrated tank senders for the aux tanks, filled them for the first time, and thankfully no leaks on the gas system, and just a small leak on the water system, which was easily fixed. We also built a custom faucet box from Plexiglas to hold our faucet, since we are so shy of counter space.

As always, there was one project that set us back a bit, and that was our gas heater. As a reminder we have a Eberspacher heater under the rear seat which burns gasoline from the auxiliary tank to heat the inside of the van when we aren’t driving around. This will allow us to camp and live in cold environments (anything under 55 degrees at night). Well this system is purportedly AWESOME, but getting it installed has been a major PIA. We had to cut and weld a custom bracket to the floor, run fuel lines, and now we have to source odd size vents and ductwork to make the connections. For the ductwork we had to go to an airplane supply company and for the vents, we are still waiting. But we did management to get the ducting in place in our VERY cramped interior under the seat. Now just waiting for the vents we found to come in.

We spent about a week down in Santa Barbara all together and then headed up to Vacaville, and now Berkeley where we now are. The last major system to get into shape is our AC system. At first we debated going without it, and living with fans; but after reading some blogs about trans desert crossings and the dust, we decided it would be best, if for no reason other than to keep dust out) to have the AC system connected.  We are working with two specialized shops up here to get the work complete. I am nervous. Because thus far shops have been hit or miss for us. Fingers crossed…

Here is a fun shot of the van from the top 🙂 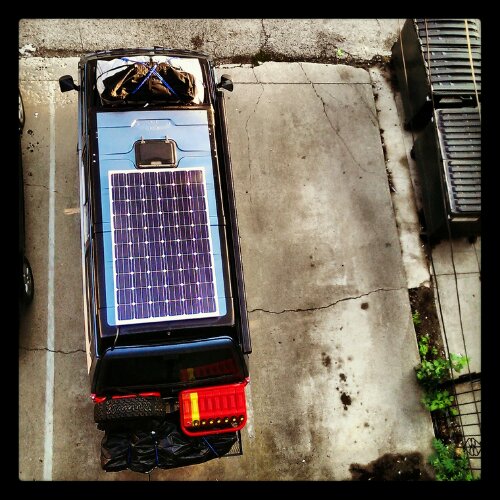