One of the amazing things about Baja is the diversity of the peninsula. From beach to cactus prairie to boulder fields to mountains it’s an amazing place.

We have set out to visit and experience some of the less common places on the peninsula and with that in mind we headed to Parque Nacional San Pedro Martir national park.

This national park sees less than 5,000 visitors a year, but is notably famous for two reasons. One it has the second largest observatory in Mexico perched at above 10,000 feet! Secondly, it is one of only a handful of places on the planet where condor as being reintroduced into the wild.

The park is located smack dab in the center of the peninsula a few hours outside of Ensenada. The road to the park is paved, but just a bit curvy and VERY steep in sections. It definitely shouldn’t be attempted by anyone with brake or radiator issues.

As is common with us, we were late starting for our drive and we were racing the sunset.  Driving in Baha after dark on small two lane curvy and mountainous roads is too treacherous for our tastes. As we were hustling along, we suddenly noticed that we had no 12v power in the cab of the truck. This wasn’t good.

The cab is powered by the 12v system in the rear box, if there is no power in the cab then there is no power in the rear! We pulled over quickly and shut the car off to trouble shoot. We had driven some hard off road miles before and were concerned that a major failure had occurred and that set off one of the big T fuses and shut everything down, or worse that there would be a fire.

With the sun waning on the horizon and still 40+KM to go, we pulled over on a very steep hill and inspected the damage. One of the batteries had shifted slightly, and the contents on the over head shelf were strewn about as if we went through the spin cycle, but visually there was no fired and no visible failure. The only hint was that the leds on the batteries were red, signaling that the cells were above 3.55v each. Damnit. We had gone over voltage somehow. The computer controlling that battery was also fried, with all fuse blown. In addition our network switch, router, and small inverter that powers the server were all toast. Not a cheap incident.

Determined to press on, we shut off the aux alternator (thank god we put a switch on that), as it is the only source of high voltage charging with the sun setting. More on this ‘incident’ in a serate post as we are still figuring out what happened. We continued on our way to the national park.

By the time we were back in the truck, the sun dipped below the horizon, we weren’t going to make it to the national park that night. Instead we found a ranch off the road that offered camping. In the dark of night it didn’t look like much but it was secure, had bathrooms, and even offered breakfast .

Waking up on the ranch was surreal, as it seemed like the cliche moment in the movie when you wake up in paradise. It was beautiful. Mountainous rolling hills, horses and other livestock, real Cowboys going about their day. Basically, a working ranch.

We were off early to make another attempt on the park. We were only at about 2,000 ft above sea level, so we knew we had yet a ton of climbing to do.

It was slow and very curvy climbing but a couple hours later we made It to the gates. It was a chilly 30 degrees colder at the altitude than below at the ranch. 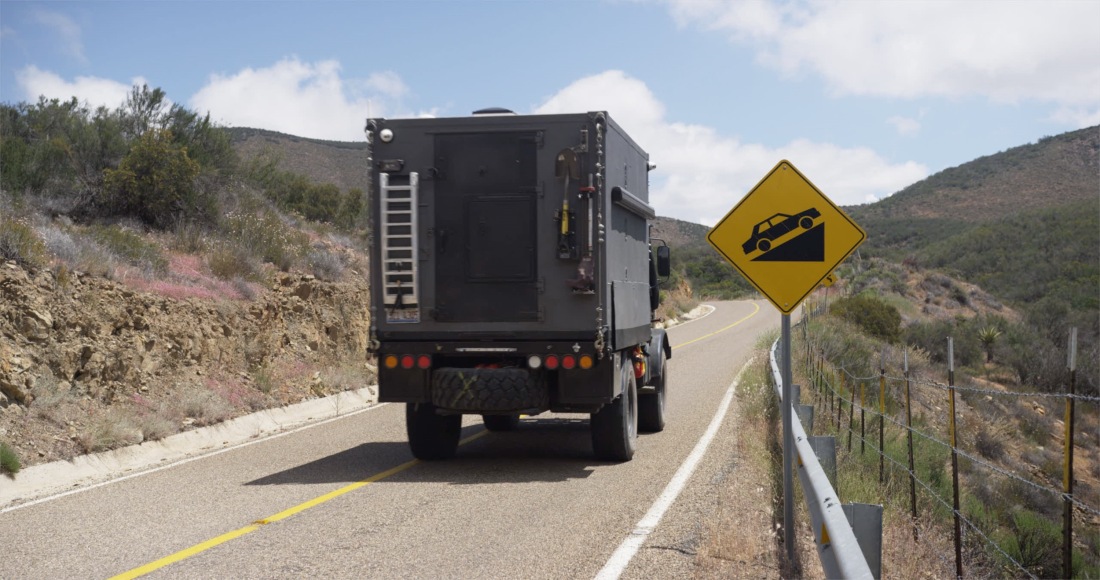 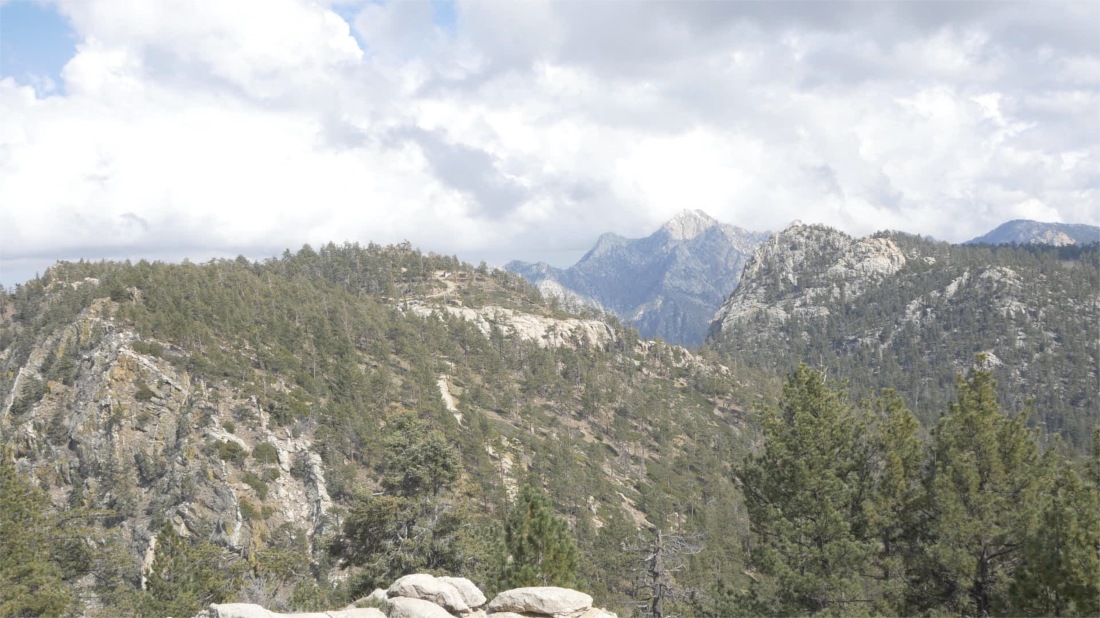 The park reminds me more of New Hampshire and Vermont than the sandy beaches that we have spent most of our time exploring. The facilities are in excellent shape, with picnic tables, fire pits (with wood!), and vault toilets. 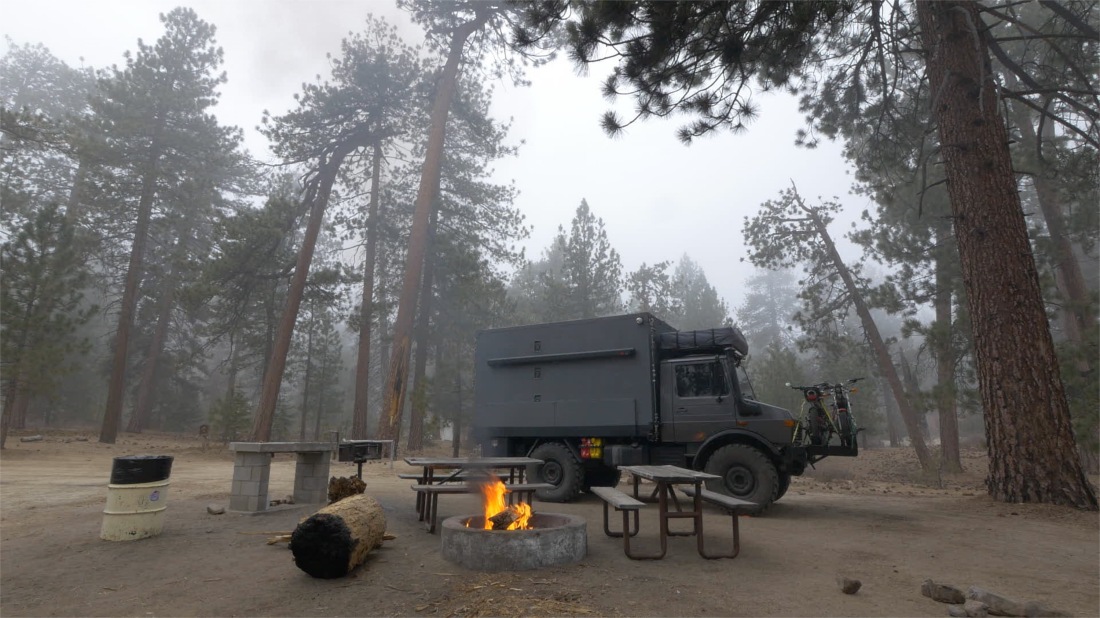 The big attraction is the observatory and the condors. We took the road all the way to the end to the entrance to the private road to the observatory. After some radioing back and forth and very nice technician came down and took us up to the telescope. He then proceeded to give us our own private tour 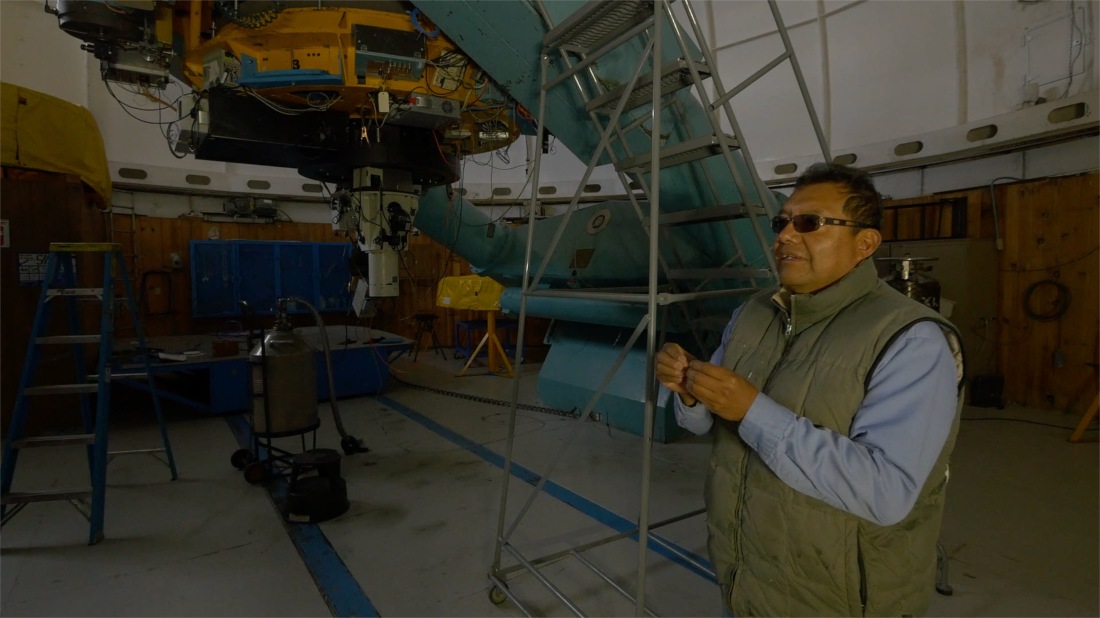 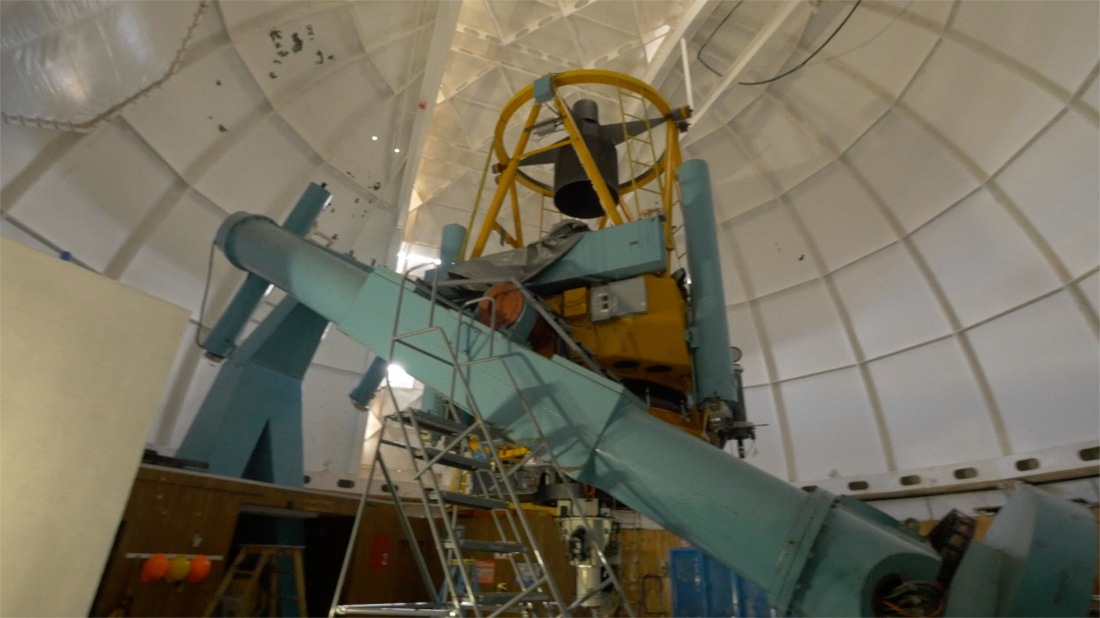 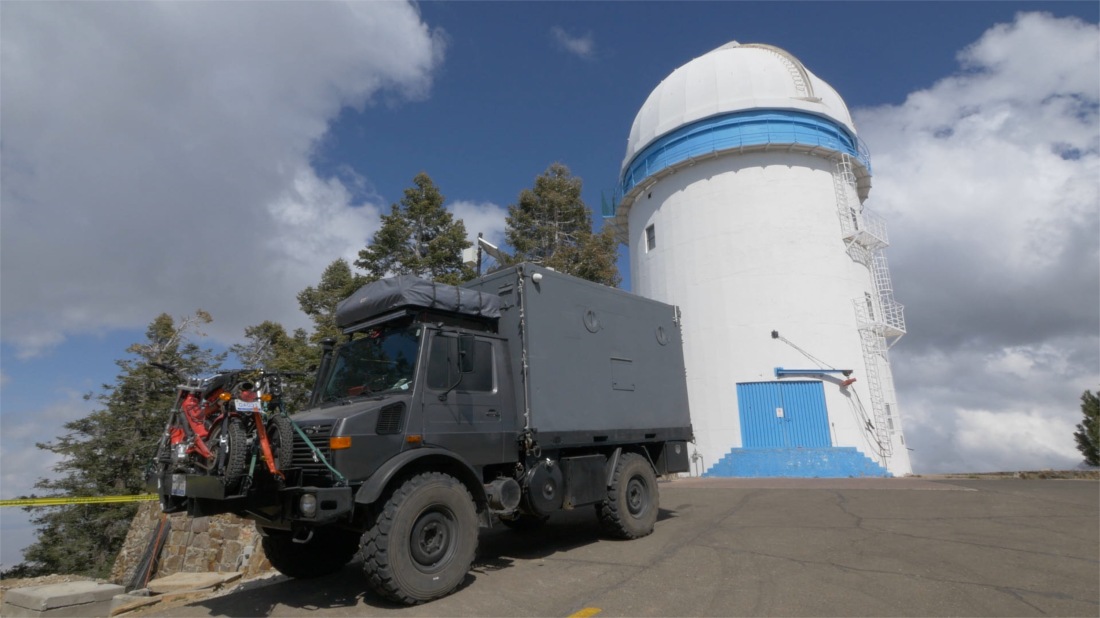 After the tour we explored some of the roads and trails that criss cross the park. In particular there was on valley that was break taking. It was like driving down a yellow brick road into a beautiful golden oasis. We took out the Inspire 1 to get a birds eye view. 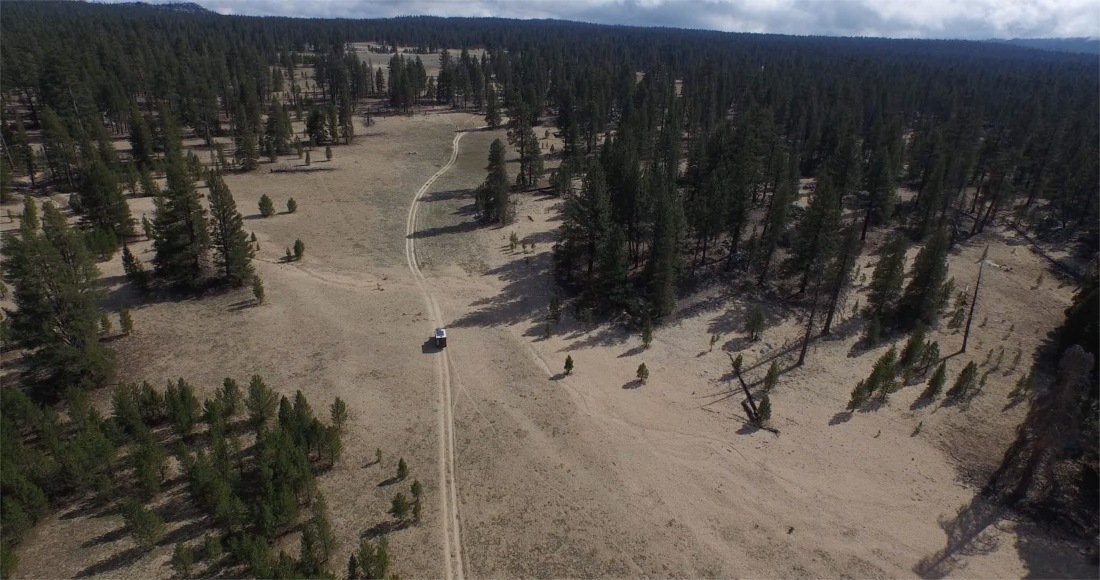 The sunset brought frigid temps and as we listened to the condors call to one another but didn’t get to see any.

Waking up in the clouds 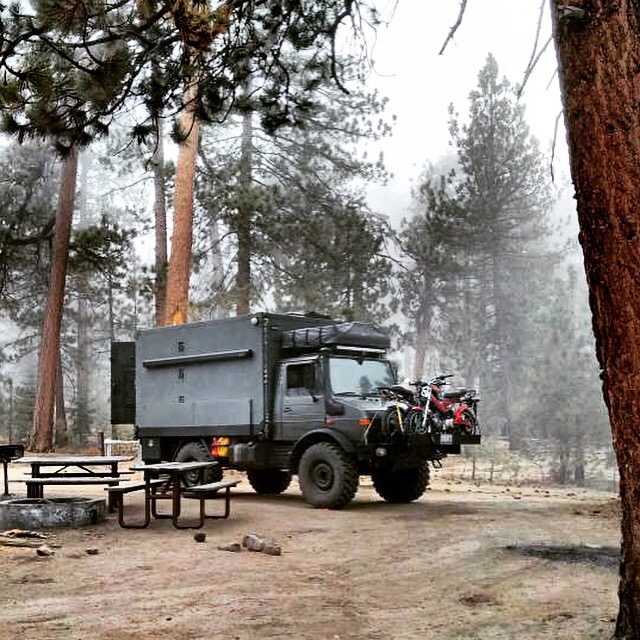 This park is a gem and well worth the cold temps and winding road to get there. But after the chilly night it was time to head down to warmer pastures!