Cooking on the road is one of the areas that consumes a lot of mental and real time. It’s easy to initially eat at the road side taco stands or other quick eats, or splurge and be a foody at a hip restaurant in a capitol city. But ultimately the more you can shop local and cook your own food, the more you can save and the better you can eat.

For us we are looking for ways to either cook fast or cook unattended. In our European and US travels we loved our 12v DC slow cooker. It was amazingly easy to toss in some ingredients in the morning and have it run while driving, and we were guaranteed a great lunch (and sometimes dinner). The problem we ran into with the little slow cooker is eventually be burned it up. It just quit heater. We disassembled the unit and couldn’t see any obvious signs of failure, and the manufacturer was completely MIA and non-responsive. We thought it was a fluke, so we bit the bullet and bought another one, and it too died after a couple of months of use. I suspect it was due to the long cooking times and repeated use. While the unit is advertised as a slow cooker and an oven, I think it’s more suited for an hour or less use, vs 4 hrs of slow cooking carnitas.

With the death of our second slow cooker, I went on a hunt to find another solution and I found it in a pressure cooker! I haven’t had much exposure to pressure cookers before now, but the basic idea is to create a sealed chamber where super heated steam is pressurized to 15 psi and cooks the food. This process traps the nutrients and flavor in the dish being prepares. Important for us, it also promises up to a 70% reduction in cooking times!

What you get is basically a heavy stainless steel pan, a top that fits inside the ‘lip’ of the pain, a weight that goes on a little chimney on the top of the lid to regulate the pressure, and a little stand that goes in the pan in the event you have something you want to steam or otherwise keep off the bottom.

We have cooked beans, lentils, potatoes, flank steak, pork, goat, fish, and all sorts of other dishes in the cooker and it’s a great addition. It’s becoming THE tool we use for our meals.

Here is a good pictorial from this morning’s breakfast to give you an idea of how it works.

First place some water in the pan, at least a cup of water, to create the steam that you will cook with. In this case I had some frozen pork that was preseasoned. It’s best if you can brown your meat before pressure cooking it, it looks better in the end and some says it adds to the flavor. For this dish, I wasn’t too concerned with that, and I wanted to show how you can cook frozen meat as well. 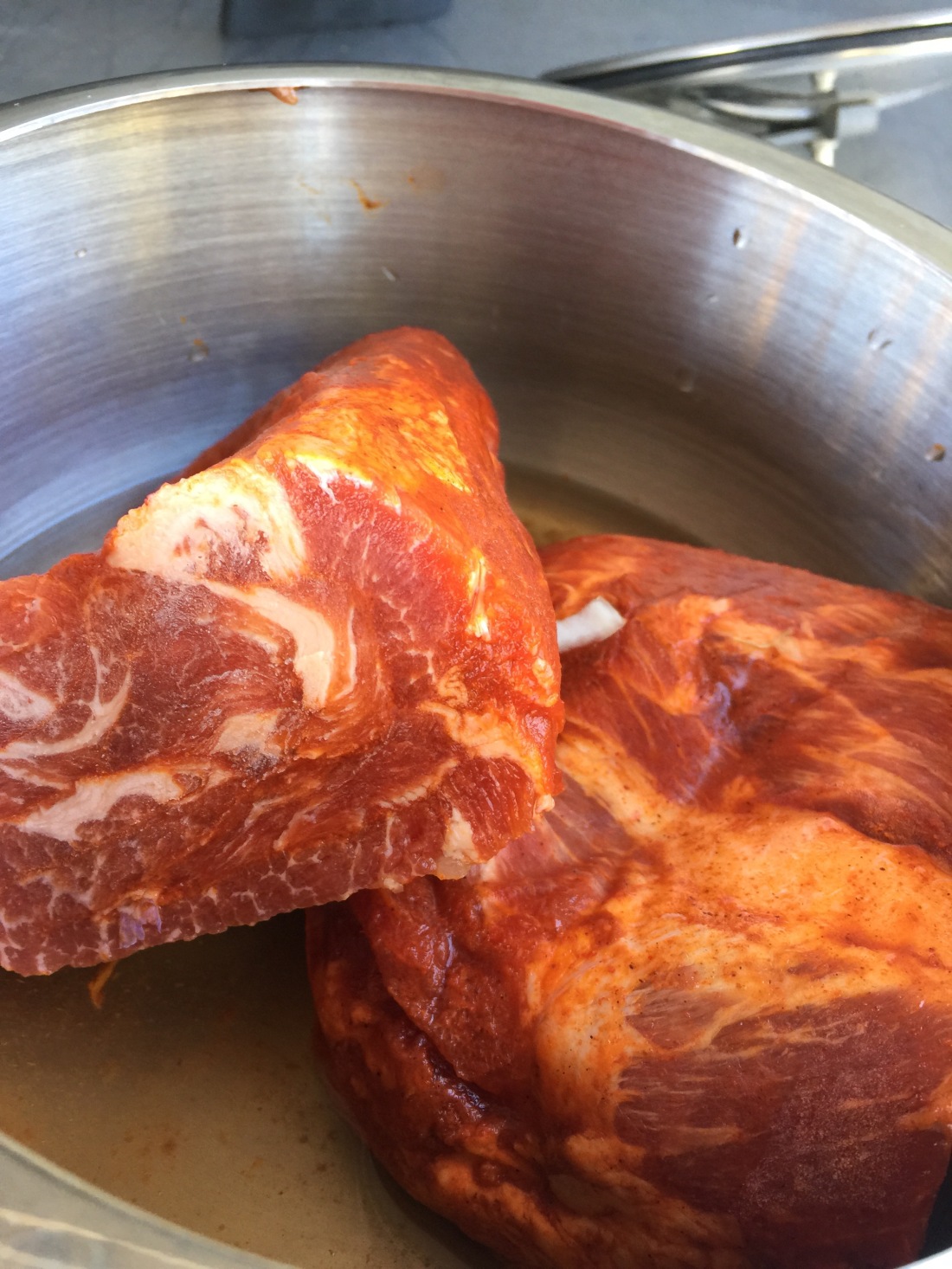 Once the meat and water are in the pan take it to the stove! Heat it on HIGH heat, and when you see steam starting to come from the water put the top on it. Once you do this you should see that steam coming out the chimney, you want to be sure you see steam ONLY from the chimney and no where else. This ensure you don’t have a leak, if you do have a leak, just open the lid and the reseat it. Once you are sure it’s just coming from the chimney, put the weight on the chimney. And let’s the pressure build. When the pressure is built, the steam will lift the weight up slightly and shoot out. People call this a whistle, but it doesn’t sound like a steam whitsle. It’s just a very strong ssssshshshshshshshshshsh. 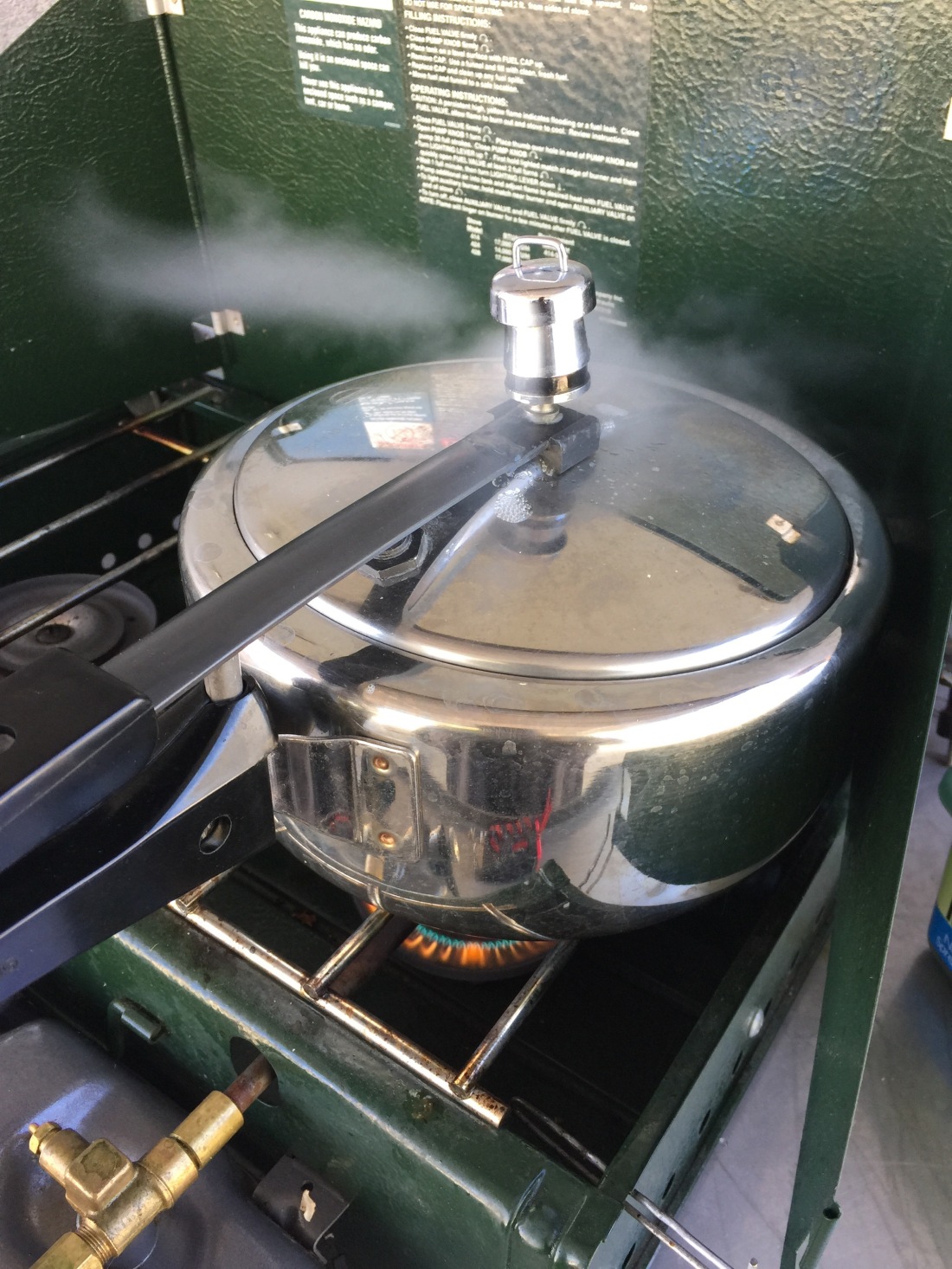 That tells you, that you can now reduce to medium/low and start your timer. The downside to pressure cooking is that you can’t see your ingredients. You have to set it and then wait. There are tables all over the Internet and included with any cooking you buy to tell you how long to cook the meat. For frozen pork that I was finger tender, I cook it for 20 minutes or so. While it’s cooking, there isn’t much to do. Every so often it will ‘whistle’ off excess steam, if it’s doing this every couple seconds, then your heat is probably too high.

There are two ways to release your pressure when you want to open the pot. There is the ‘natural’ release, where you just take the pot off heat and let it cool naturally until the pressure is gone (about 10 minutes). And the quick release where you use a fork to lift the weight on the lid partially and allow the super heated steam to vent. Recipes and tables will tell you if the times listed are with a natural release or a quick release.

In the case of wanting to mix veggies with meat, I normally cook the meat basically done, and then quick release the pressure and add the veggies and then cook for just one minute for things like peppers and onions.

After the one minute of cooking the veggies are done and soft, any longer and they completely disentigrate into the dish. 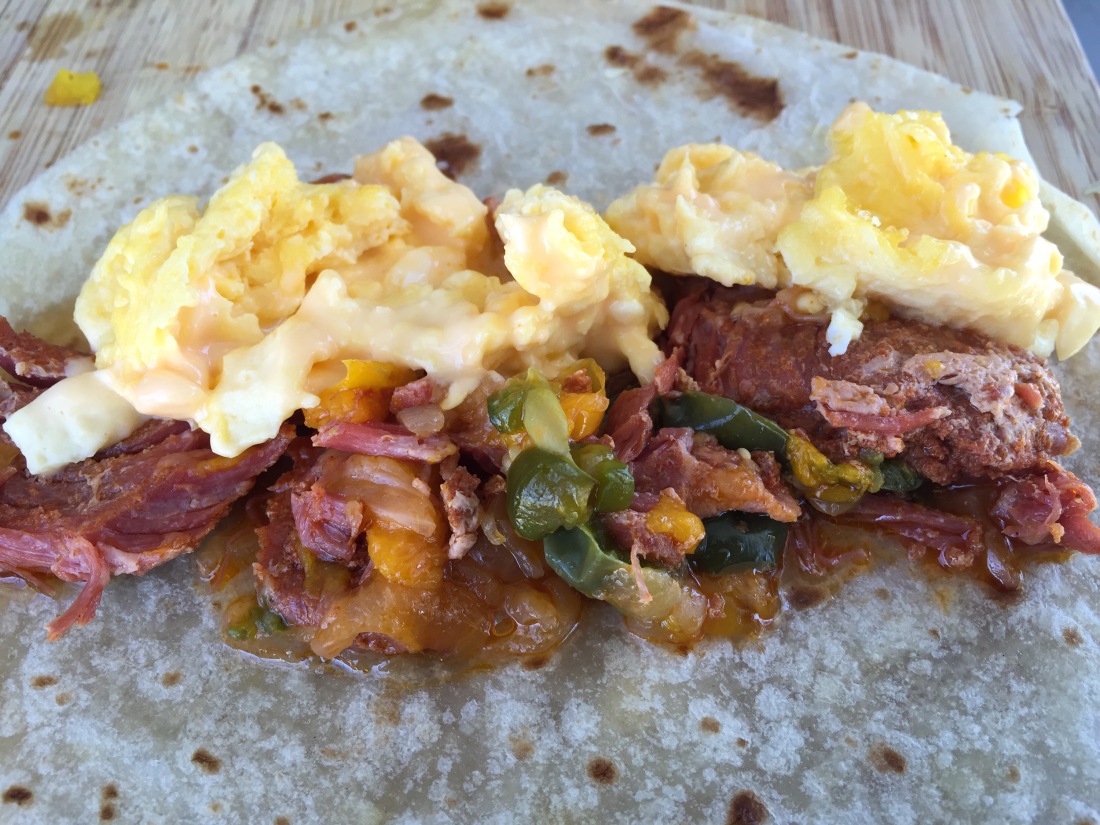 When you are done you are almost always going to have some left over broth. My favorite thing to do with is to toss some rice in the pressure cooker and then cook for a few minutes and instantly I have another meal or side dish, all using the same pot. 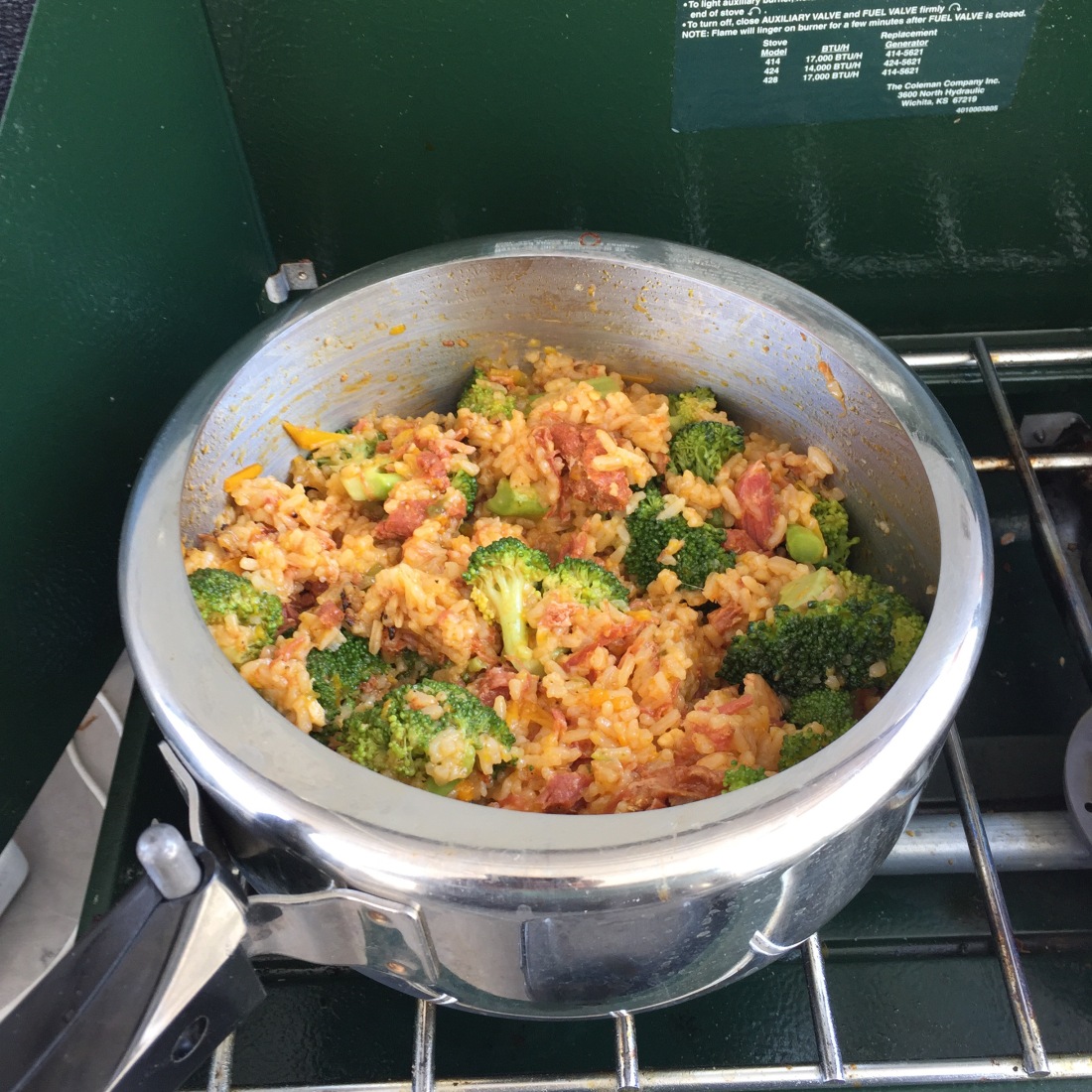 But overall pressure cooking for overlanders gets a huge thumbs up. Easy to cook lots of easy to store foods (rice, grains, legumes) and works fast conserving gas and resources. A+